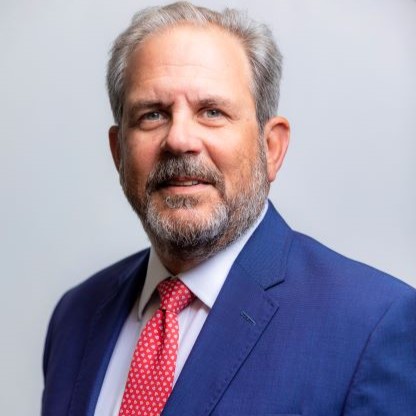 Honored as a fellow of the Litigation Counsel of America (LCA)

Recognized as a “Best Lawyer” by Best Lawyers in America

Recognized as a “Top Lawyer” by South Florida Legal Guide

Recognized in “Top Lawyers in Florida” by Legal Leaders

John Arrastia, Jr. is an experienced first chair trial attorney and counselor in disputed business, commercial, and fraud cases. His litigation in federal and state courts and arbitrations have included Fortune 500 companies, fiduciaries, government and quasi-governmental entities, as well as smaller publicly-traded companies, privately-held businesses, and individuals in a variety of industries.  These representations include his role as Special Litigation Counsel to the Committee of Unsecured Creditors of Title III debtors in the Puerto Rico insolvency proceedings (“PROMESA”), involving the Commonwealth of Puerto Rico, Puerto Rico Electric and Power Authority, Employees Retirement System, and the Highways and Transportation Authority.

He is also an experienced in non-advocate roles, including commercial arbitrator and receiver. As a commercial arbitrator, he has presided over 170 contested matters. As a member of the Panel of Arbitrators of the American Arbitration Association, John has been sought out and has presided over cases involving a wide variety of issues including contractual relationships, fraud, banking, real estate, healthcare, and other business relationships.  He has also been appointed by state and federal courts to act as a receiver over existing business operations.

John has been honored as a fellow of the Litigation Counsel of America (LCA), an invitation-only trial lawyer honorary society composed of less than one-half of one percent of U.S. attorneys.  He is rated “AV Preeminent” by Martindale Hubbell and has been repeatedly recognized as a “Best Lawyer” by “Best Lawyers in America, “Top Lawyer” by South Florida Legal Guide, “Legal Elite” by Florida Trend, “Top Lawyers in Florida” by Legal Leaders, and “America’s Most Honored Lawyers, Top 1%”.

Throughout his career, John has also had significant involvement in diversity and inclusion in the legal profession.  He has been highlighted as a “Champion of Diversity” by the Defense Research Institute’s For the Defense magazine and selected as a fellow of the Leadership Council on Legal Diversity.  He has served as a board member of the Hispanic National Bar Foundation, and on the Executive Committee of the Hispanic National Bar Association as vice-president of external affairs, a member of the Board of Governors, and president of Region XIII, encompassing the State of Florida.  He has also been active in the Minority Corporate Counsel Association, the National Association of Minority and Women Owned Firms, and the American Bar Association’s Minority Trial Lawyers Committee and the Committee on Ethnic and Racial Diversity in the Profession.

John is a frequent speaker and lecturer on substantive legal issues relating to litigation and arbitration.   He has written numerous articles in publications for the American Bar Association, the American Arbitration Association, such as the Dispute Resolution Journal, Commercial & Business Litigation, The Minority Trial Lawyer, and Journal of Money Laundering Control.  His service in numerous bar and professional associations includes being a Fellow of the American Bar Foundation and Life Member of the Hispanic National Bar Association.

He is fluent in Spanish.

University of Florida College of Law, J.D., with Honors, 1995

John arrastia, jr. in the news

John Arrastia, Jr., Jesus Suarez, and Angelo Castaldi are pleased to be part of the team led by Selendy Gay Elsberg PLLC in the case Drivetrain LLC v. Barclays Capital

Continental PLLC partner John Arrastia, Jr. has once again been recognized in the 2023 Edition of Best Lawyers in America in the Commercial Litigation category.